The current generation is highly tech-savvy and digitally advanced, due to which esports sees incredible growth each year.

Usually while discussing games or sports, we think of courts, fields & pools but never a bunch of youngsters in gaming clubs playing DOTA 2 or Counter-Strike on systems.

Today’s youth have redefined gaming, thus making online games a priority amongst other sports. People around the world who mainly belong to the age group of 18-35 years are enthusiastic esport gamers.

The constant rise of esports industry has made it a potential market for companies and brands. It is expected that by 2020 there will be approximately 500 million eSports fans and 3 billion gamers worldwide whom brands can target.

Decrease in human attention span online in addition to multi-screen viewing and an increase in ad blockers has made advertising a tough job. Marketers are still figuring out ways to capture consumers despite the tl;dr culture.

The esports system is very complicated due to the presence of multiple contributors. It includes teams, partners, tournament organizers, streaming platforms along with game developers, viewers, publishers, and brands.

Companies and brands utilize esports as a medium to reach another massive consumer market. The global count for viewers and gamers online is increasing with each passing year, thanks to the innovative game developers.

With consumers from extreme demography & different interests, esports acts as a hub of enormous demands from trusted consumers and valued conversions.

Expansion of the esports industry brings in more lucrative, effective, and beneficial opportunities for the marketers. Instead of disrupting the gaming sequence, brands are more into being a part of it.

Endorsing gaming elements and sponsoring tournaments are some means for brands to make way into the esports industry.

Bettering technical condition, the inclusion of artificial intelligence and internet connectivity has bought in a sudden boom in the gaming industry.

This is drawing more professionals from the sports industry, thereby enhancing the revenue generation chances for companies.

With brands investing in online ads, branding and promotion in e-tournaments are surely seeing higher returns.

The success of these brands depends on how much they connect with and engage their audience on gaming sites.

After understanding the vastness of the esports industry and growing opportunities for marketers, it is necessary to know what influences their relation.

Apart from factors like appropriate targets, revenue generation opportunities and effective branding, the esports industry has some primary benefits.

Gamers averagely spend over 100 minutes watching streams on platforms like Twitch and YouTube Gaming. Together it went above 260 million hours of esports getting watched in the first quarter of 2018. The number has been exponentially growing till date.

Games like League of Legends, Counter-Strike, DOTA, and PUBG, have garnered millions of fans globally. This is a treat to the marketers investing in esports for branding.

As platforms like Twitch and YouTube Gaming made provisions for monetizing esports, fans and players flocked towards it in huge number.

This expanded the diversity and vastness of the industry, thereby improving marketing opportunities.

Gamers, fans and viewers have appreciated how brands have actively taken part in their interests. Moreover, they add value to so many users by involving in games of their interests.

Brands can easily understand and analyze how consumers communicate and what favors the market by integrating into it.

Companies being a part of the tournament, projects a trustworthy image to its audience. Users would tend to make a purchase or be a converted lead for such brands.

That is a probable way to how colossal market demands are easily approached, served and satisfied by certain brands.

Gamers on Twitch spend around $4.99 to $24.99 per month depending on their desired tier on subscriptions. They can afford merchandise, tickets, virtual currency worth millions together in a year and donate to fellow players too.

A survey on 1000 self-identified esports fans in 2018 revealed few facts:

The fact that people playing esports have high buying capacity than others makes the platforms best suited for brands. Gaining customers with decision making and purchasing power makes business better.

Brands leverage eSports mostly due to the financial ability of its fans.

Donations and tipping are standard practices in the esports industry, which has helped streamers make more money.

Many such facts indicate the willingness of fans to invest and spend on their hobbies, which adds to the benefits list of brands online.

Ways in which brands integrate with the esports industry

Esports attracts the young population from different demography, which is getting tougher to reach through traditional marketing methods. Therefore, influencing the young generation is more comfortable when engaging directly with them.

Promoting products and brands in between live streams, during video-on-demands and TV ads can help marketers achieve more significant targets.

Brands like Coca-Cola, McDonald’s and Redbull have connected with their respective markets through advertisements targeted at gamers online.

Creating engaging and compelling content as ads play a significant role in attracting players. Even though it is a less popular method than partnering and sponsorship, advertising creates impact.

Taking Redbull’s example, it is one of the firsts of the brands that realized the potential of the esports industry.

The brand hosted significant tournaments, partnered with teams and sponsored top players. Advertising on Live game sessions and getting involved in matches bought in more sales for them. 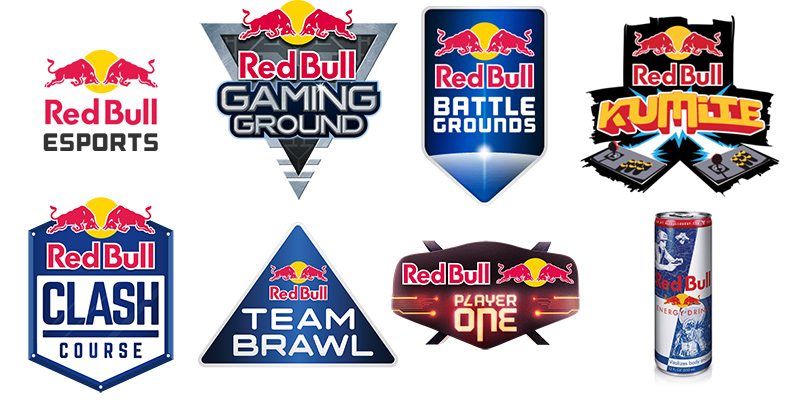 Many sponsorship agreements have been signed over these years that are aimed at benefiting both parties. Majority of gaming, technology, automobile companies have rolled in their brands for sponsoring events and teams.

Biggies like Audi, Mercedes-Benz, and HTC have gained their part of success through such sponsorships.

Brands have utilized this concept to expand their presence and sell merchandise in collaboration with a particular game.

Investors look for long term benefits through franchising that stabilizes their business and generates good revenue.

“Franchising has picked up in esports with the recent launch of The Overwatch League, which had a $20 million price for each slot. This also led to Twitch paying $90 million in 2018 for the exclusive distribution of the league, the biggest in esports history.”

A team, comprised of the engineers from MIT and the WallStreet analysts, studied the rise in the franchise buying trend to quote the above statement.

Brands are leveraging the rise in esports

Marketing brands in the esports industry has several benefits. It not just adds to the revenue and sales but also helps expand the customer base.

Approaching gamers provide a direct platform for businesses to knock into a segment in the market, which is difficult to reach otherwise.

Audiences are prepared to spend more on esports than they would in traditional sports. Such information indicates the ocean of opportunities ahead of brands investing in esports and online gaming.

Brands leverage esports because of the rising popularity of the industry, which involves enthusiastic fans which purchasing power. This enables brands to capture bigger market size with more loyal customers.